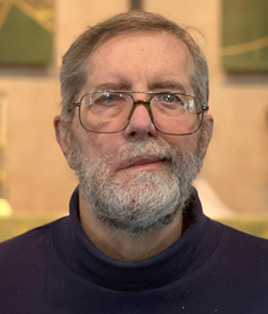 Ministry Description: Chairman of the Board of Elders

Background Information: Kirk Wyman officially became a member of Bethel in 1986 after moving back to West Michigan.  Later that year he married Sallie that same year and are celebrating their 35th anniversary later in 2021.   He worked as an Architect until retiring in 2015 for medical reasons.  He received an Associate degree from Ferris State as well as a BS, B of Arch., and a Masters degree from Lawrence Technological University in Southfield Michigan.  They have two adult children and three cats to keep them active

Send a Message
Send a message to Kirk Wyman.